Commonwealth Games: Some brilliant progress for Team Wales in Day 7 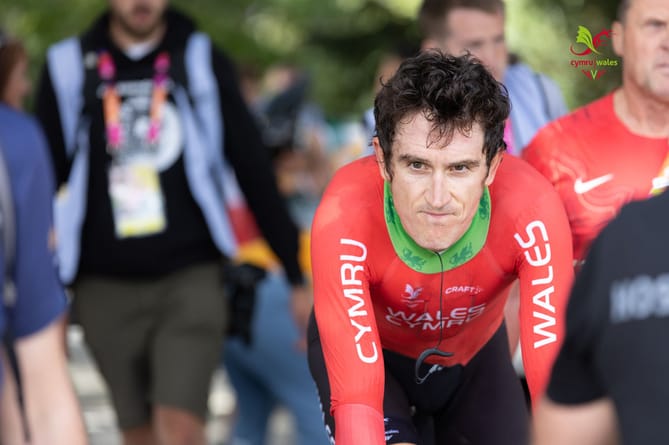 Subscribe to our email and get updates right in your inbox.

Also in the news

Day two of the quarter-finals got off to a flying start thanks to the Croft twins. Both progressed to the semi-finals after beating Luwis Mbewe and Mervin Clair respectively. The pair are now guaranteed at least a bronze medal.

In the evening session, Jack Dodd came up against Clepson Paiva. A tough match but Dodd showed intense power and strength to become the third Welsh boxer of the day to book a place in the semi finals.

Last up for the Welsh was 18-year-old Owain Harris-Allen against Jamie Chang of Papa New Guinea and rounding off a wonderful day for the team, he won in a unanimous decision, making that six guaranteed medals for the Welsh boxing team.

Lucy Hawkins, competing at her first Commonwealth Games, qualified in 9th for the 10m Platform final. In the final she finished 12th.

Charlotte and Callum got off to a winning start with a 3-2 victory over England’s Sam Walker and Maria Tsaptsinos. A hard fought victory that went down to the wire with all five games being played. But ultimately coming off on top, sending them through to the next round.

Next up was Canada in the Round of 32.They were defeated 3-0 and knocked out of the Mixed Doubles competition.

Having won and lost two group games yesterday it was time for Grace’s final game of the group stages. A difficult game for Grace facing doubles partner and friend Felicity Pickford. Despite losing 3-0, Grace fought hard to push Felicity every step of the way, finishing three games within two points.

Three wins from three sees all three women’s singles players progress to the round of 16.

Charlotte started her singles campaign against Nigeria’s Esther Oribamise following a bye to the round of 32. Charlotte came out the block firing, winning three straight consecutive sets. Esther fought back to within one point, Charlotte was able to finish the game off winning the sixth game 9-11.

A convincing win from Anna Hursey saw her beat Nigeria’s Fatima Atinuke Bello 3-0, winning all four sets by a margin of five points.

Chloe dug deep to beat Cameroon’s Sarah Hanffou 4-2, after falling a game behind Chloe she was able to bring herself back into the game making some amazing shots that changed the momentum. After dropping the third set, Chloe came back to win the final three and secure the place in the Round of 16.

Team Wales continued their strong performances on Day 7 with an impressive 200m from Hannah Brier, qualifying for the semi-finals.

Amber Simpson was just shy of her PB, qualifying for the hammer throw final.

Meanwhile in the evening session it was the turn of Julie Rogers to compete in the final of the women’s discus F42-44/61-64. The Commonwealth Games marks her first global event since making the switch from sprinting to throwing and she steadily improved round by round to finish 8th overall in what was a hugely talented field.

Today the focus was on mixed doubles competition and first up was the pairing of Men’s singles silver medallist Joel Makin and Tesni Evans who got their campaign off to the perfect start, convincingly winning against Malta 11-6, 11-2. They followed this in the evening with a straight 2-0 win against Malaysia.

Meanwhile in the round of 16 despite a spirited performance Peter Creed and Emily Whitlock were defeated by reigning World Champions and No.1 seeds Ghosal Saurav and Pallikal Karthik Dipika who won the match 11-8, 11-4.

It is fair to say that Wales women were the underdogs in their final pool game against England, a team mainly composed of Tokyo 2020 Olympic medallists. However, the team came out fighting and had several early chances on goal. Despite impressive saves from Rose Thomas and Beth Bingham saving an open goal with a ball to the face, the medal favourites proved too strong especially in penalty corners as they took the win 5-0. Issie Howell was unfortunately injured by a stick to the face and we await an update on her progress. Wales will now face South Africa in the 7th/8th playoff tomorrow.

This morning’s game marked Leah Wilkinson’s 200th Combined Welsh and GB cap as she further extends her reign as Wales’ most capped sportsperson.

The men’s team faced a ‘must win’ final pool game vs India. Wales put on a strong display of skill and endurance but the speed of the Indian team and their tactical skill at penalty corners showed as they netted 4 impressive goals. Gareth Furlong’s classic drag-flick gave Wales a late addition to the scoreboard but the score ended 4-1. Wales will now play in the 5th/6th playoff tomorrow.

Luke Hawker was positive about the team’s performance as he commented that a win tomorrow will secure Wales’ best ever finish at a Commonwealth Games.

Team veteran Gemma Frizelle performed graceful and elegant routines with artistry that clearly impressed the judges, her leotards were a standout feature of the audience’s attention.

Special mention must go to the supporters squad from Llanelli Gymnastics Club who were most definitely the loudest presence in the room.

Geraint Thomas fought back from an early setback to claim the bronze medal in the Men’s Individual Time Trial at Wolverhampton’s West Park.

The team’s flag bearer came off his bike in the opening moments of the 37km race, denting his chances of reprising his winning performance in Glasgow eight years ago.

It was the seventh medal for Team Wales in cycling to surpass their tally in Gold Coast with the Road Race to come on Sunday.

“I was not too far off that and two seconds off silver, so that makes it a bit bittersweet.

“I just went into that corner a little bit hot and decked it. To get back up and try and refocus and get round as best as possible is what I did. But it’s never straightforward with me anyway is it?

“To stand on the podium in a Welsh jersey is always a proud moment.”

As we continue to protect and grow quality local journalism, Cambrian News is considering experimenting in the future with some form of paid-for content on our website.If you’d like to help shape how that may look and secure some free credits if we do go live then please register  here.